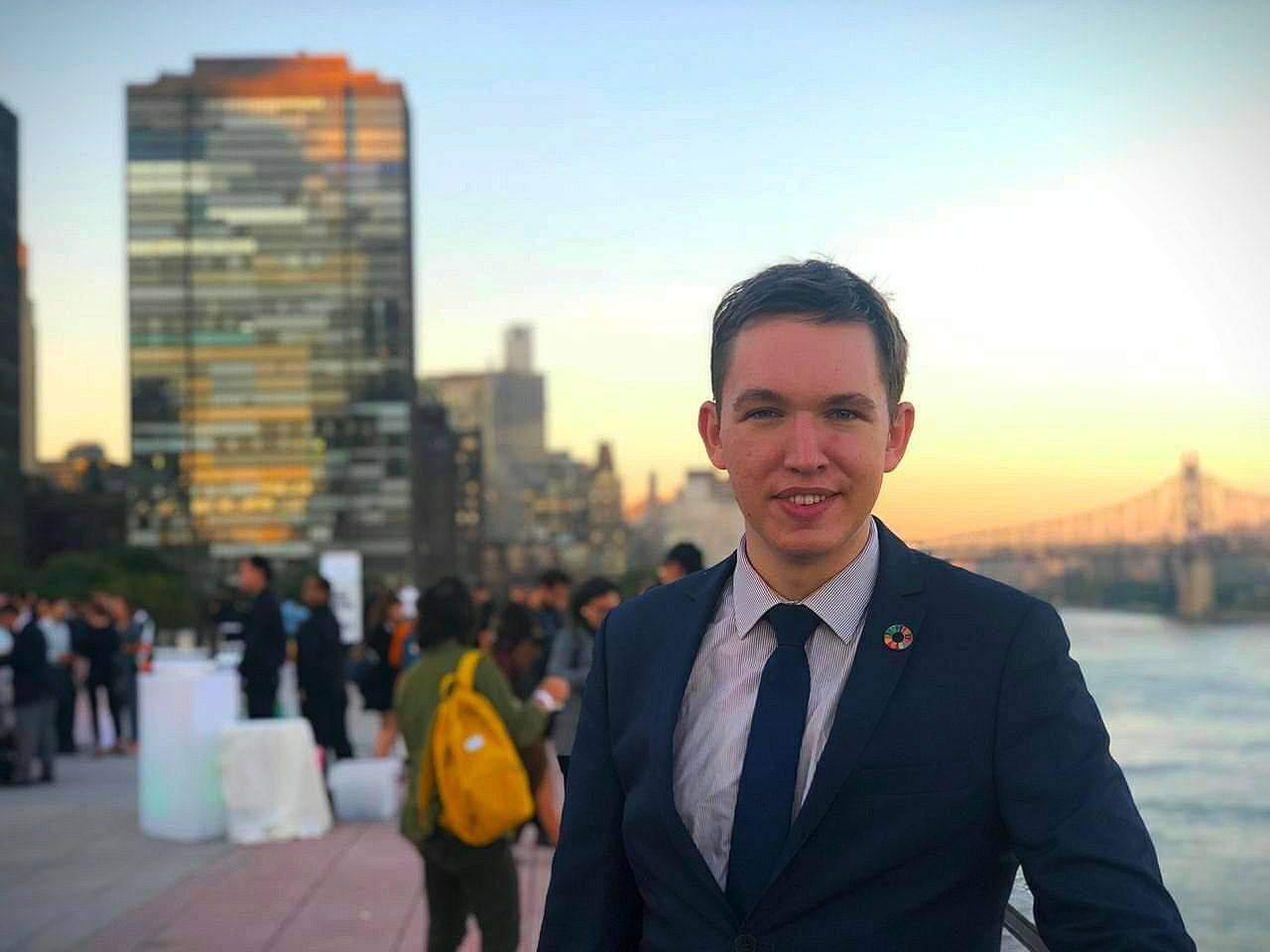 “I come from a tiny country with a big heart,” Vladislav Kaim says at the beginning of our interview. He is a 26-year-old economist and climate activist from the Republic of Moldova, currently representing Eastern European perspectives on the UN Secretary-General’s Youth Advisory Group on Climate Change.

Even though Vlad currently lives in southern Sweden with his spouse, having a big heart seems like a legacy he carries with him. He is an inspiring young man, who talks passionately and skillfully about climate action, particularly about climate justice. In recent years, climate justice has become a driving force of youth climate activism around the world, inspired in no small measure by the activism of Indigenous Peoples.

Vlad’s climate justice work revolves around debt justice and access to climate finance for the most vulnerable developing countries. But he also serves as the contact point of the Green Jobs Working Group at YOUNGO, the official youth constituency of the United Nations Framework Convention on Climate Change (UNFCCC), where he promotes the importance of careers with green purpose for young people so that we have enough qualified specialists to help decarbonize our economies and support just transitions.

I interviewed Vlad to learn more about his climate activism and expertise as well as his plans and hopes for the future.

Do you remember a particular moment that inspired you to get involved in climate activism?

Yes, absolutely. When I was 15 years old, I started advocating for the protection of the Dniester River through the power of storytelling. I won a competition, and we traveled there. I realized that the situation the river was in was not going to hold. We are talking dead fish. Water quality that you should really be worried about. A terrible decline in biodiversity. That trip inspired me a lot to do work related to sustainable development, nationally and internationally, and then focus more on climate action.

Why did you choose to focus on green jobs and just transition?

My home country, the Republic of Moldova, is one of the most vulnerable countries in Europe to climate risks. Or the most vulnerable, depending on which sources we quote. And so, access to climate finance and the ability to conduct a just transition for communities that are in quite significant need of it, is something very close to my heart.

At the same time, in the region my wife comes from, the Swedish Arctic, just transition means much more than just averting the worst consequences of climate collapse. It’s also an opportunity to develop new green industries, avoid the worst practices of industrialization from previous times, when it was done significantly at the expense of Indigenous Peoples, and help local communities grow again. 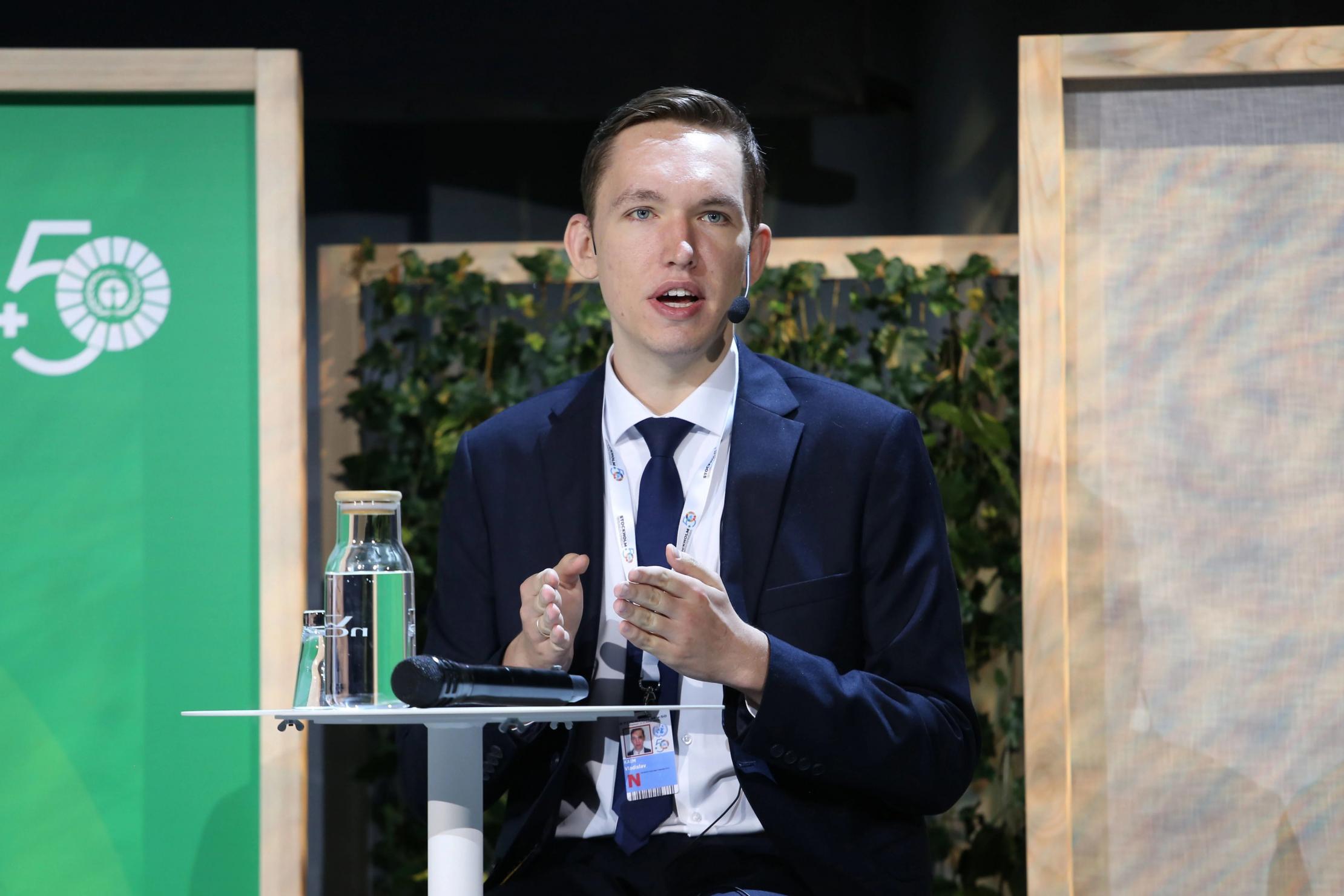 Speaking at the launch of the Green Jobs for Youth Pact at Stockholm+50, June 2022. Photo: International Institute for Sustainable Development.

So how can developing countries transition to a green economy in a just way?

I would start by looking at what developed countries need to do. I think they have two obligations.

First, they should implement ambitious just transition deals that serve as an example to the rest of the world. Often just throwing money at the problem is not going to cut it. For developed countries to succeed in their just transitions, they need to renew their industrial policies and focus much more on repurposing industrial strongholds for green industries. Their territorial and regional policies also need to be significantly reformed. We do not want to see towns or non-urban areas that were heavily dependent in their economic and social outcomes on extractive industries die down, because of this transition. We want them to get a new life and avoid depopulation and attract more young people who are right now feeling they can only get jobs in cities.

Second, developed countries need to acknowledge that they have not done nearly enough to help developing countries transition. Often, we're dealing with countries that are entering or have entered a phase of quite substantial growth, lifting a lot of their population out of poverty. We really need to zoom in on their needs and listen to them, to understand how we can help them decarbonize and at the same time help them continue to grow and do so equitably. We have seen that COP26 moved the needle on how such just transition deals can look like in countries like South Africa or Viet Nam. But the truth is that we need to do much more. We need to make sure that every developing country can get access to a fair and equitable just transition deal from developed countries. 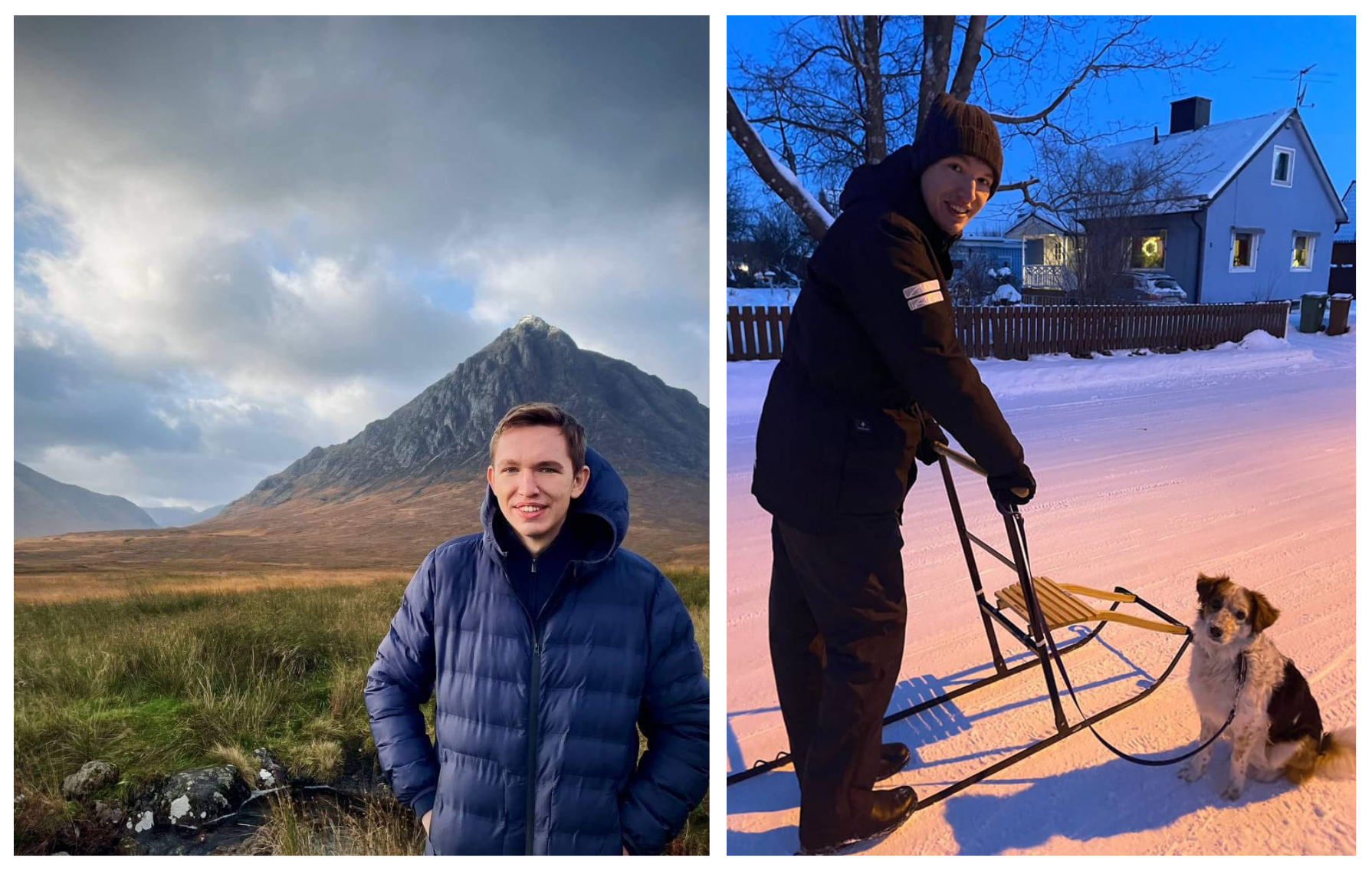 On a trip to Glencoe in Scotland, November 2021 (left); With one of five adopted dogs, Kajsa, preparing to go downhill on a Swedish sled, December 2021 (right). Photos: Beatrice Bucht.

What about young people? How can we support them to be more involved in climate action?

I think youth who have been demanding climate justice for the last few years did a great job in terms of raising awareness, particularly on critical topics such as loss and damage and climate education.

I think it would be beneficial for youth today to demand more from educational institutions, not only universities, but also high schools and vocational technical institutions. These institutions need to provide young people with skills to both be successful in the job market and have a career with green purpose. Because, as a generation, we are insecure on both counts.

I think vocational technical education is particularly important because many green jobs require special technical background. For youth who might not be able to afford a university education, because we are still living in a world where higher education is a privilege and not a right, having technical education could be a life-saving opportunity and an opportunity to have a fulfilling green career. Right now, many of these professions are extremely in demand everywhere.

A lot of countries have made pledges – NDCs – to take action on the climate crisis. What hopes and concerns do you have about these goals?

Unfortunately, politics stands in front of these goals to quite a significant extent, to quite a disruptive extent, I would say. However, it is our duty to keep pressure on countries, especially now that we're approaching the first ever Global Stocktake under the Paris Agreement in 2023.

And we need to hold governments accountable, to keep pressure on them nationally and internationally, to make sure that they follow the science and that they do not try to negotiate their way out of the climate crisis with nature, because it is frankly impossible. 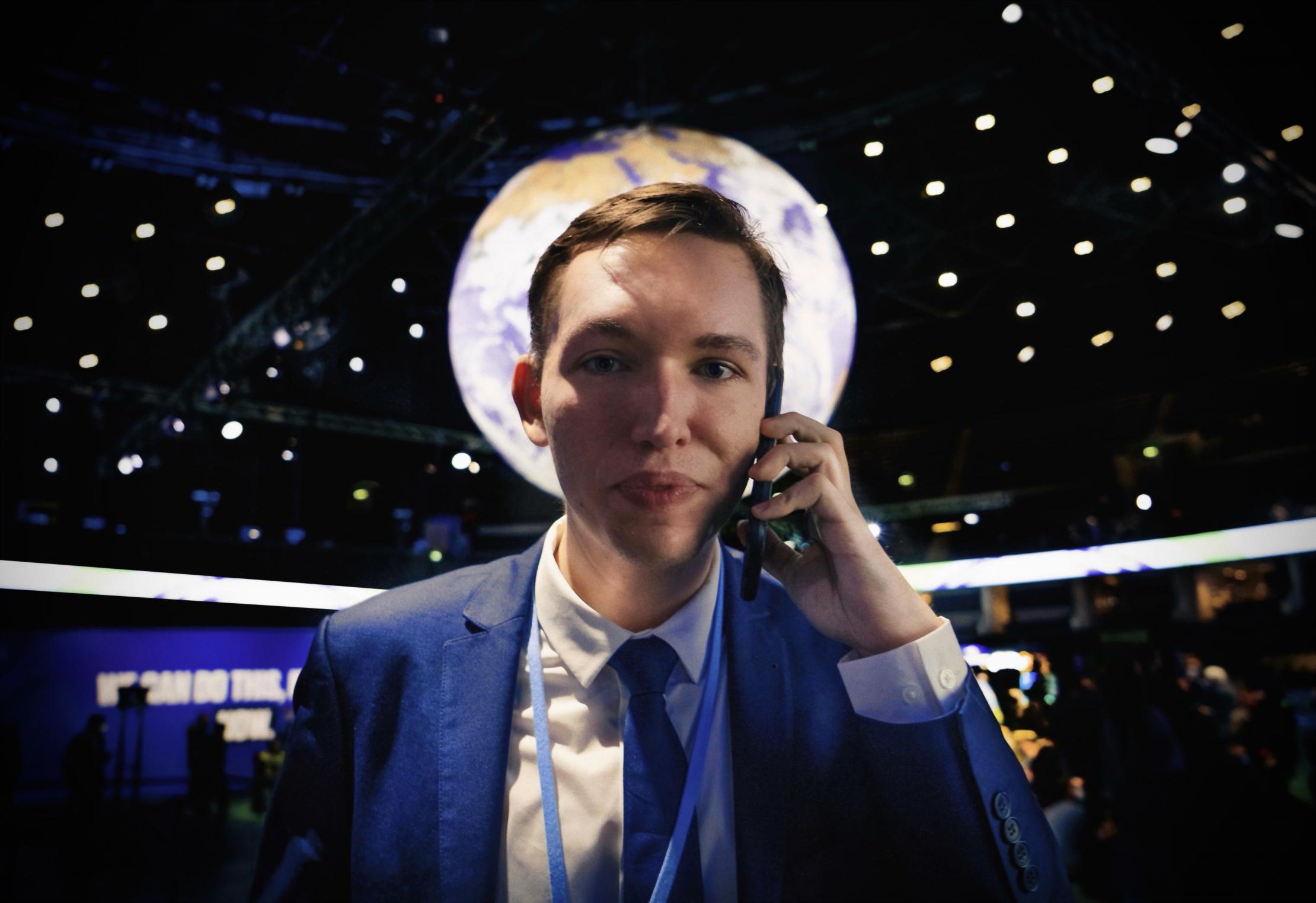 Giving a phone interview to the CNN during COP26 in Glasgow, November 2021. Photo: Beatrice Bucht.

What are your plans for the future?

My main plan for the future is to continue to be useful to young people in my home country, regardless of my position, to continue my work on promoting the importance of green jobs and just transition. I want to keep enhancing the image of youth through my own example and by helping other young professionals be treated as experts in their own right. Because we are experts, not a group that is invited to conference rooms where things happen just by virtue of our age. We've had enough of this, frankly. Everyone should understand that we are here to stay.

If you enjoyed reading this interview, check out our latest publication Aiming Higher: Elevating Meaningful Youth Engagement for Climate Action.

You can also learn more about UNDP’s work on green jobs and just transition here.

Placing meaningful youth engagement at the heart of environmental action

The Earth’s triple planetary crisis reminds us of the urgent need for more youth-inclusive and youth-responsive environmental action.
Read More 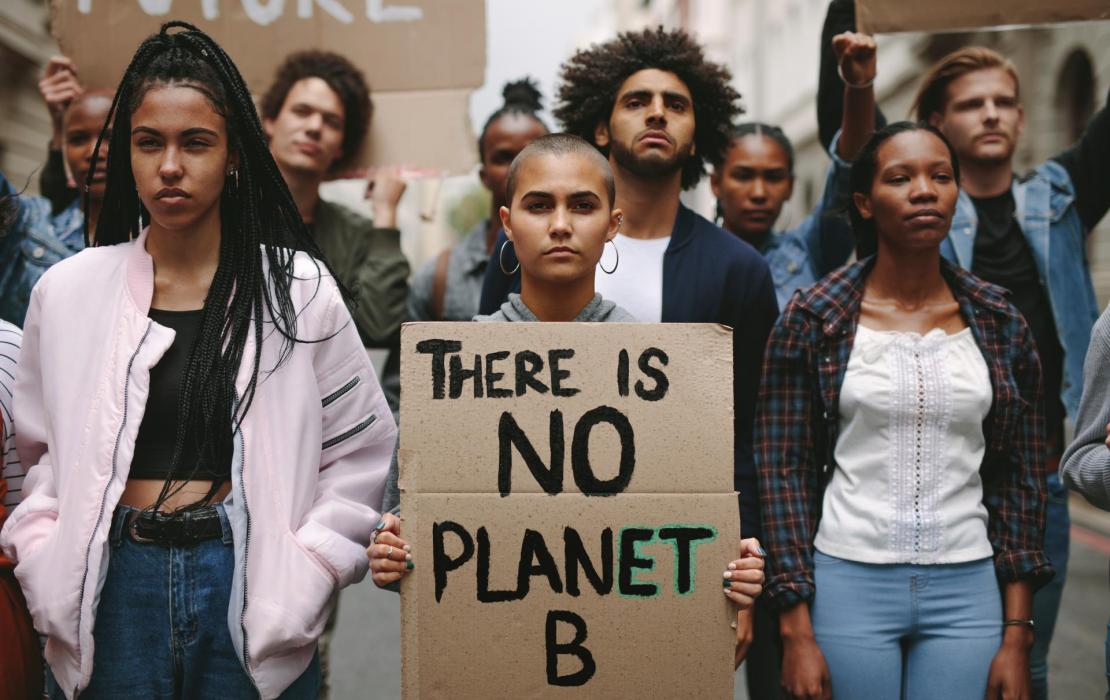 "Without our voices at the table, the ambitious agendas of major international events is just sweet talk."
Read More 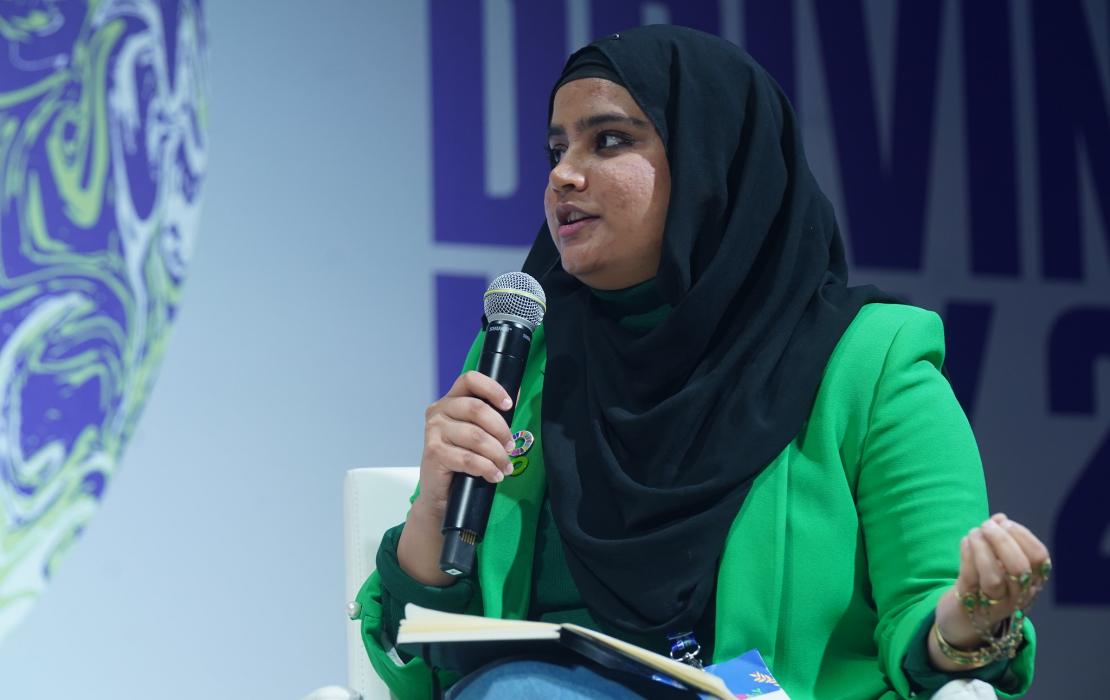 “The world is finally willing to hear Indigenous voices – and I’m here to speak up.”

On International Day of the World's Indigenous Peoples, an activist shares her perspective on the climate crisis.
Read More 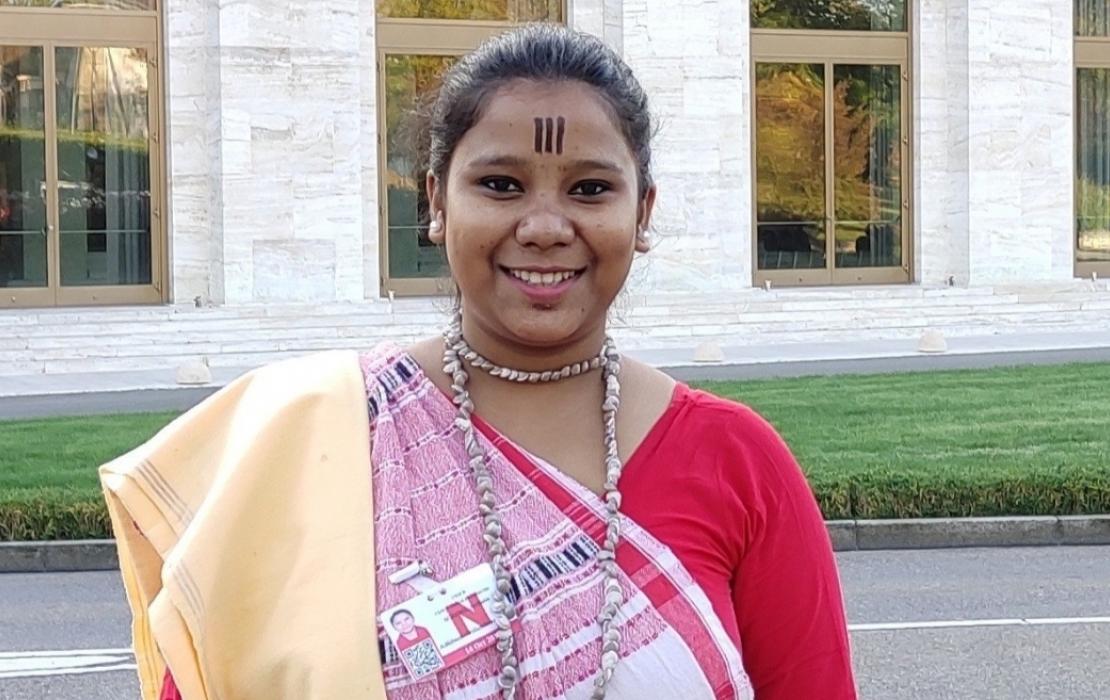 Meet Paloma Costa. This Brazilian climate warrior and lawyer is gently shaking the world with her passion for climate justice.
Read More 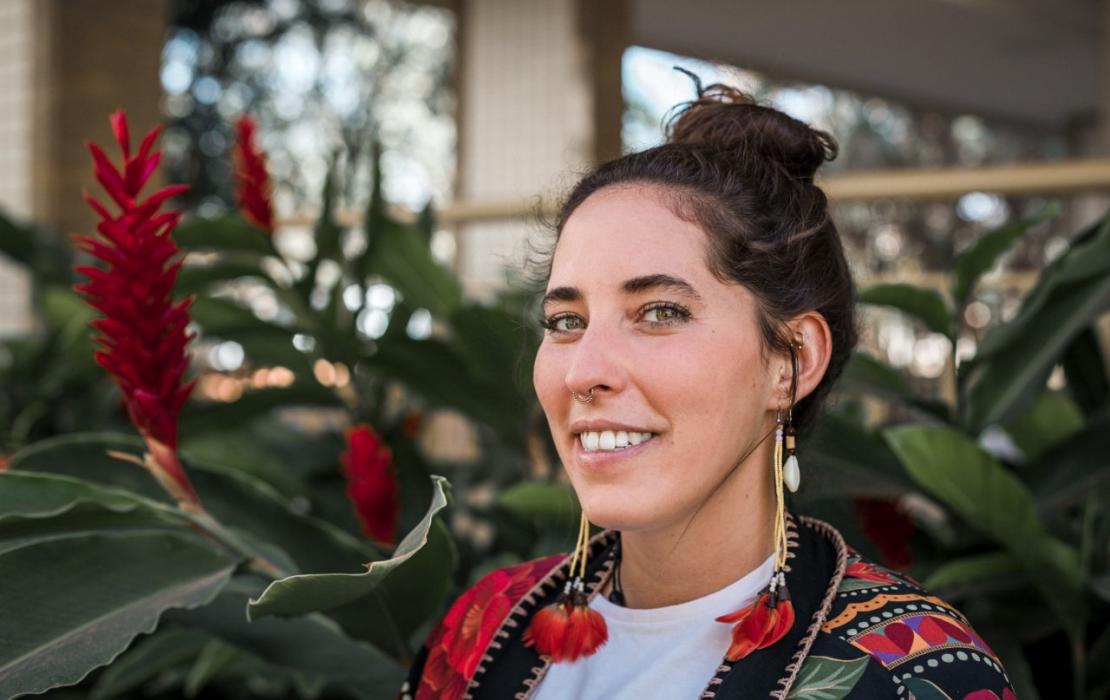